Get Assistance Immediately and Schedule Now!

When Quality is What You Want, Put your Trust in Us

Dealing with flood or water damage in your home or property isn’t easy. While it can cause a number of financial headaches, it can also be a danger to you and those around you.

Once moisture is introduced to an environment in large quantities it gives bacteria and microorganisms the opportunity to grow at unhealthy levels. In turn, those levels can open your property to several other unsavory and potentially harmful situations like mold, degradation, and microbial growth.

However, the sooner you get the flood damage taken care of, the less likely these situations are to occur, and that's when we come in. We want to help get you back on your feet.

You can trust our licensed and skilled emergency water restoration and flood clean up team to put your needs first and to do a superior job every time.

It is our job to make sure you’re satisfied with your flood removal and water restoration experience. We go the extra mile to make sure you understand each step of the flood clean up process and consult with you on any concerns or changes that need to be made.

Water Damage Inspection
First, we will walk through and assess any damage and prepare a scope of work. Once approved, this scope of work will be used to draw up a detailed estimate regarding cleanup and repair of the area.

Detailed Food Repair Estimates
Once we have an approved scope of work we will immediately write an estimate for the water damage cleanup.

Sanitization
Once the water is extracted and the carpet, padding, and any wet drywall has been removed, the contents will be put on blocks and an anti-microbial to protect against any bacterial growth will be applied.

Drying / Dehumidification of Flooded Space
We will set up high powered fans made for drying water damaged areas. We will also set up dehumidifiers to remove any moisture in the materials as well as the air. This step takes 72 hours to complete to ensure all moisture is taken care of properly.

Property Reconstruction
Our skilled team of contractors will repair your property to your specifications so you can move on with your life.

Direct Insurance Billing
If the loss is covered by your homeowners insurance policy Flag will bill your insurance company directly and wait for payment from them.

Watch our project slide progression of a flood cleanup on Long Island.

You May Qualify for Assistance

We review your assistance application and assess the smoke damage at your property to see if you qualify for claims assistance.

We document your claim and prepare all of the insurance paperwork and directly work with your insurance provider to process it fast.

Once your claim has been verified and approved by your insurance company, you'll receive reimbursement for the approved claimed amount.

Our technicians have the training and expertise to handle your restoration and cleaning needs.

A fast response is critical. We arrive at your home or place of business within 60 minutes.

Flag's team is committed and dedicated to providing and promoting the best practices in the restoration and cleaning industry. With this in mind, we are focused on continued education and have tailored our management to give our clients the best possible service.

If the loss is covered by your homeowners insurance policy Flag will bill your insurance company directly and wait for payment from them.

Our skill and knowledge is a result of many years of education and experience and it is because of that we are able to provide the service you need at the time you need it.

We have all of the structural drying equipment and hands on experience to handle any damage to your property, residential or commercial.

Here you see our team at work inspecting, extracting, and sanitizing heavily water damaged rooms. Our tried and trustworthy restoration process is simple and thorough so you’re left with a home or business that looks and feels just like before, if not better.

Water and flood damage can cause a lot of unnecessary discomfort and stress to you and those close to you. Our skilled restoration team is here to help ease that stress quickly.

Our inspectors will assess the damage with you so you understand exactly what the process looks like.

Then, once an estimate is given and approved, our team will come in, extract and remove all wet contents, sanitize, dehumidify, and reconstruct the flood damaged area.

Services that we Provide in Water and Flood Damage Situations

What People Are Saying About Us

Total professionalism and dedication to doing the job right.
We had a huge flood due to a plumbing problem in our upstairs bathroom. Our kitchen cieling collapsed and the water went all the way down to our basement. My wife and I were so lost; we didn't know what to do. I called our Insurance company, USAA and they said they would send a clean up specialists. Less than three hours later, the guys from Flag arrived and went to work. They were amazing. They worked hard all day to do the cleanup and then left giant fans with us overnight to expidite the drying process. They were confidant, professional and just plain nice. I recommend them without reservation.

I was in contact with flag restoration through the public adjuster I hired and I would recommend their service. They were punctual, efficient and they clean up their work area better than I would. I had a pipe burst on 3rd flr that caused flooding in every floor (worse as you went down), they pulled out sheetrock that was wet, brought in vents and humidifers within a 1 day time frame. Would use there sevices again.

Flag Enterprises helped me after my air conditioner condenser flooded and made a 6' x 6' hole in my ceiling on Memorial Day weekend. I was distraught and worried about mold, reconstruction, and expense but they were fantastic! They were professional, efficient, did meticulous work, cleaned up and left things spotless and made sure that everything was bone dry with no mold. Even better, they dealt directly with my insurance company so I didn't have to worry about anything. They were completely accessible and responsive even over the holiday weekend and I was very grateful for their kindness and willingness to help. I highly recommend Flag Enterprises.

Flag was remarkable. They came very quickly and jumped into action when my basement was flooding. They rushed to save as much of my belongings from the water and very quickly emptied the basement, stripped up the carpet, completely dried the room, and put down chemicals to prevent mold and mildew. Beyond just doing the job efficiently, they were kind and understanding, as I was a bit traumatized.

We contacted Flag after our water heater burst and flooded our basement. They replied timely, advised us to contact our insurance carrier, explained everything and had a crew at our house in less than an hour. They worked efficiently and were professional in the entire job from beginning to end.

We had a burst pipe in our basement and Flag Enterprises came and quickly and professionally took care of the damage the flood caused. It is very distressing to have a flood but having people that helped us get through it really made it much more bearable.

A middle of the night call to Flag Enterprises regarding a flooded basement resulting in a quick response. Upon returning to our house, we found that the basement had flooded through a window well after a storm. The entire basement floor was covered, sheetrock walls were already absorbing water. Flag responded quickly and expertly. They removed the water, dried out the area, and removed any resulting debris. I would highly recommend them to anyone with a wet basement or flooding issues.

When the hot water heater flooded the basement, Flag personnel arrived about one hour later. Within three hours, the excess water was removed, the fans were on and the ton of wet clothes in the laundry room were in the wash machine or sorted out to continue drying. Aside from this, the Flag personnel that arrived were courteous, respectful of our soaked clothing, soaked carpeting, and wet furniture. We could not have asked for anything better. The personnel knew what they were doing, offered recommendations to us on the next steps and left the house with everything ready for the painters, carpenters and carpet layers. What could have been a true nightmare that you see on television commercials about flooding resulted in a very professional restoration job executed by true professionals.

We received prompt service from Flag carpet after having a flood in our basement. They did a great job cleaning up all of the water and tearing out all the carpeting a moldings. The best part was that they took all of the debris with them. I would highly recommend this company.

We're In Your Neighborhood

Our flood cleanup team is right around the corner. We're on call to service homes and businesses owners in these areas:

If your property is located outside of the service map, and you believe it is in our best interest to service your project, please call 1-800-981-0265. 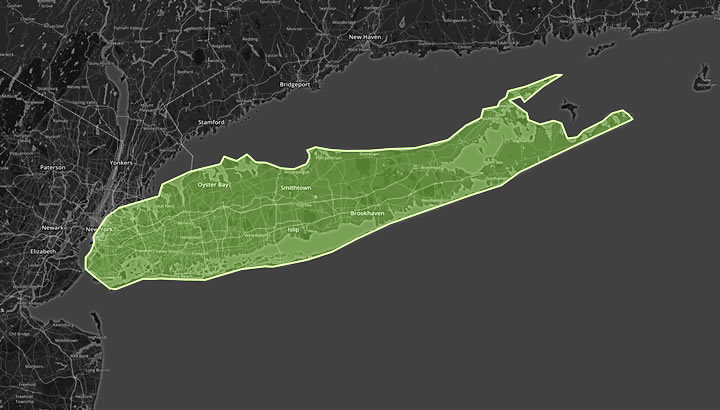 We're Certified to Protect Your Home from Mold

Keeping up with industry advancements helps us deliver the best possible service. 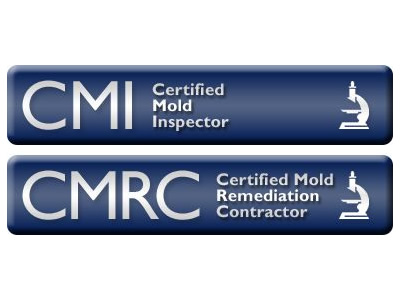 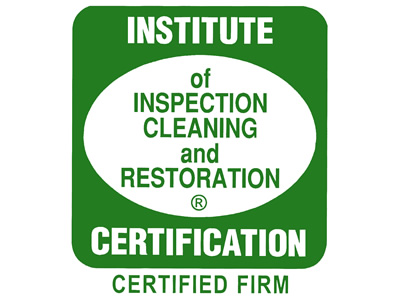 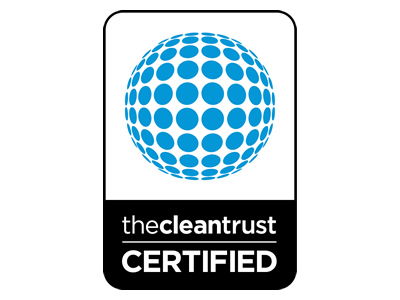 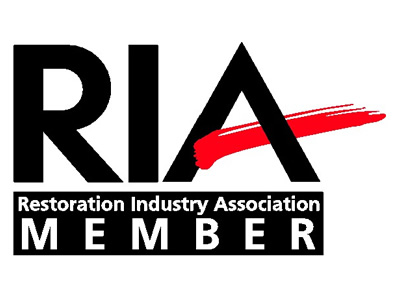 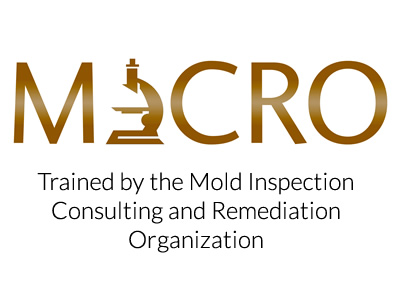 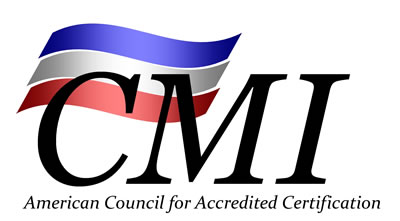 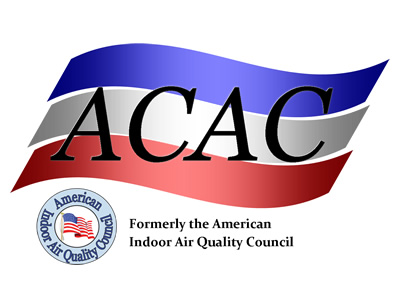 † The 50% Off Inspection Discount will be applied against the inspection fee. 911 Flood of Long Island commits time and resources to expedite your inspection. Your on-site inspection is thorough, which helps us produce an accurate estimate. All inspection fee payments will be deducted from your work order invoice, should you agree to move forward with our services.

‡ The 10% Restoration Discount code will be sent to the email address that's provided upon estimate request. Code must be presented before or during your inspection. Codes will not be accepted after the inspection and will be deemed invalid. Discount code cannot be combined with other offers.